Thanks to my mom who accompanied me when I claimed my prize from #MyFaveBookMySelfie, I was able to buy another set of books, which means another bucket of happiness.

To be honest, I was planning to buy the books of Marissa Meyer but all of her books are out-of-stock, so I end up with these books.

Yesssss! I am so excited to read all of these but of course let me warn you that I am now indulging myself to Hogwarts and I hope I’ll love the book/s as much as I love the movie/s. *PS: If ever I’ll have a HP-hangover, please just bare with me 🙂 ) 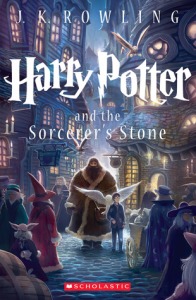 Harry Potter and the Sorcerer’s Stone by J.K. Rowling

Harry Potter has never played a sport while flying on a broomstick. He’s never worn a Cloak of Invisibility, befriended a giant, or helped hatch a dragon. All Harry knows is a miserable life with the Dursleys, his horrible aunt and uncle, and their abominable son, Dudley. Harry’s room is a tiny cupboard under the stairs, and he hasn’t had a birthday party in ten years.

But all that is about to change when a mysterious letter arrives by owl messenger: a letter with an invitation to a wonderful place he never dreamed existed. There he finds not only friends, aerial sports, and magic around every corner, but a great destiny that’s been waiting for him… if Harry can survive the encounter. || Goodreads

WONDER tells the story of Auggie Pullman: an ordinary boy with an extraordinary face, whose first year at school changed the lives and the perspectives of everyone around him.

AUGGIE & ME is a new side to the WONDER story: three new chapters from three different characters – bully Julian, oldest friend Christopher and classmate Charlotte – giving an insight into how Auggie has touched their own lives. Thought-provoking, surprising, infuriating, heartbreaking and heartwarming, AUGGIE & ME is a must-read for the thousands of readers who loved WONDER. || Goodreads 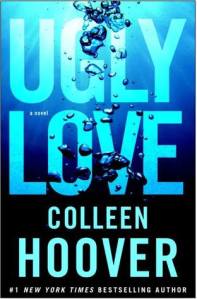 When Tate Collins meets airline pilot Miles Archer, she knows it isn’t love at first sight. They wouldn’t even go so far as to consider themselves friends. The only thing Tate and Miles have in common is an undeniable mutual attraction. Once their desires are out in the open, they realize they have the perfect set-up. He doesn’t want love, she doesn’t have time for love, so that just leaves the sex. Their arrangement could be surprisingly seamless, as long as Tate can stick to the only two rules Miles has for her. Never ask about the past.

Don’t expect a future. They think they can handle it, but realize almost immediately they can’t handle it at all.

Hearts get infiltrated. Promises get broken. Rules get shattered. Love gets ugly. || Goodreads

Another Day by David Levithan

Every day is the same for Rhiannon. She has accepted her life, convinced herself that she deserves her distant, temperamental boyfriend, Justin, even established guidelines by which to live: Don’t be too needy. Avoid upsetting him. Never get your hopes up.

Until the morning everything changes. Justin seems to see her, to want to be with her for the first time, and they share a perfect day—a perfect day Justin doesn’t remember the next morning. Confused, depressed, and desperate for another day as great as that one, Rhiannon starts questioning everything. Then, one day, a stranger tells her that the Justin she spent that day with, the one who made her feel like a real person…wasn’t Justin at all.

In this enthralling companion to his New York Times bestseller Every Day, David Levithan tells Rhiannon’s side of the story as she seeks to discover the truth about love and how it can change you. || Goodreads

These summaries are really tempting me to read these books right away! I wish for a non-busy schedule for the next few weeks so I can read them. 🙂 Any thoughts? Don’t hesitate to share it with me! 🙂