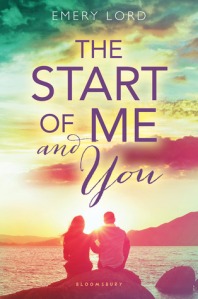 Brimming with heartfelt relationships and authentic high-school dynamics The Start of Me and You proves that it’s never too late for second chances.

It’s been a year since it happened—when Paige Hancock’s first boyfriend died in an accident. After shutting out the world for two years, Paige is finally ready for a second chance at high school . . . and she has a plan. First: Get her old crush, Ryan Chase, to date her—the perfect way to convince everyone she’s back to normal. Next: Join a club—simple, it’s high school after all. But when Ryan’s sweet, nerdy cousin, Max, moves to town and recruits Paige for the Quiz Bowl team (of all things!) her perfect plan is thrown for a serious loop. Will Paige be able to face her fears and finally open herself up to the life she was meant to live?

“We already know it doesn’t work out, but we reread them anyway, because the good stuff that comes before the ending is worth it.”

Have you ever felt like you happen to come across a certain book and it is meant for you? Like it’s written just for you? Like it can exactly tell you that it’s okay to feel what you’re feeling because you’re not alone? Like it tells you that at the end, it’s all going to be worth it and okay? Like reading that book is a mirror of yourself? Because I think I just found the book that made me feel all the FEELS and thanks the heaven I found and read this book!

“Knowing what happens is different from knowing how it happens. And the getting there is the best part.”

The Start of Me and You is about Paige, a girl trying to overcome the death of her boyfriend, Aaron. It’s been a year since the drowning accident, but she still receives “THE LOOK”, and honestly, she’s sick of it. It was then that she decided she’ll have a list of the things she wanted to do but held back because of the grief and sadness brought to her by past year’s events.  One item on her list is to date Ryan, her long-time crush and one of the few people who treats her fairly and doesn’t give her “THE LOOK.” So, when Max, the cousin of Ryan, comes back, Paige grabbed the opportunity to befriend him so she could be closer to Ryan. But apparently, Paige didn’t see it coming that sometimes the love you’re looking for comes in the least moment and the least person you expected to.

“Because with true friends, no one is keeping score. But it still feels good to repay them – even in the tiniest increments.”

One thing that I admire in this book is Paige’s transition from being totally broken to someone who’s brave to face whatever the world gave her. She started as someone who shut off everything. She withdraw from anything, and she felt that she didn’t deserve to be happy. But thanks to her friends- Morgan, Kayleigh and Tessa, plus her parents, she slowly picked up her shattered pieces and tried to be someone new again. It was not easy, specially when people keep on giving her the pity look, but she tried and tried. I think Paige is one strong girl that keeps on fighting even though she didn’t know when the fight will end, but still do. I supposed that we all need to be Paige in one point (or many points) of our lives- we need to keep on going. No matter how hard or how fucked up life seems to be.

“Like you had been drowning, and the book was air.”

Lord made it sure that grief and mourning is not an easy task, and it surely takes time. That it’s in the long run that losing someone feels unbearable. The process that Paige had to go through was described justly, and the other parts were all vivid to me too. I love that this book showed that pain isn’t permanent, that after every storm there is a rainbow, that being happy is a choice too, and that sometimes all we need to do is let time heal the pain.

“Love extra, even if it means you hurt extra,too”

On the other hand, friends and family are shown as Paige’s source of strength and though there was a bit weirdness between Paige’s divorced parents, it was still nice to know that both are doing their responsibility. Though it was shown that Paige is more close to her grandmother than her mother, it was later in the story be unfolded that no matter what, mother’s love is unconditional.

“Sometimes we get it wrong the first time. But you only have to get it right once.”

It’s actually a light read, fast-paced and sprinkled with cuteness which makes this book more adorable. The characters were all unique, and they all have their own spotlights in the story. Never a dull moment, I swear. This book can touches anyone’s heart, and it talks about every aspect you can imagine- love, life, friends, family, moving on, and finding one self. This book is about taking chances, taking a leap of faith, being brave, and being yourself- this book caters anything you want and this is literally an all-in-one book. 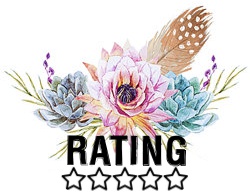 Emery Lord is a 20-something Midwestern girl who writes stories about high school and best friends and weird families and the crushes fluttery and so painfully awkward you could implode. She lives in Cincinnati in a 100 year-old pink row house with a scientist, a one-eyed beagle, and a dog named Winston Churchill. To know more about her, head on to her website.