Jude and her twin brother, Noah, are incredibly close. At thirteen, isolated Noah draws constantly and is falling in love with the charismatic boy next door, while daredevil Jude cliff-dives and wears red-red lipstick and does the talking for both of them. But three years later, Jude and Noah are barely speaking. Something has happened to wreck the twins in different and dramatic ways . . . until Jude meets a cocky, broken, beautiful boy, as well as someone else—an even more unpredictable new force in her life. The early years are Noah’s story to tell. The later years are Jude’s. What the twins don’t realize is that they each have only half the story, and if they could just find their way back to one another, they’d have a chance to remake their world. 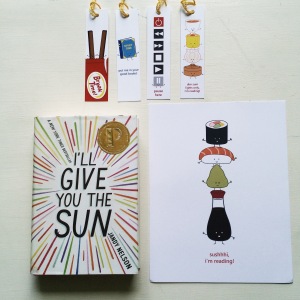 “Meeting your soul mate is like walking into a house you’ve been in before – you will recognize the furniture, the pictures on the wall, the books on the shelves, the contents of drawers: You could find your way around in the dark if you had to.”

This book is about the story of twins Noah and Jude, and their life starting from being best buds to being the enemies of the century and finding again their path back to each other. The story tells the two sides of the twins when they were 13 years old to 16 years old, and the people and events that took place during those years.

“Reality is crushing. The world is a wrong-sized shoe. How can anyone stand it?”

WOAH. This book is one of the books that I like to call “something unexpected.” The beginning started a little bit slow and boring, and I thought I won’t finish reading the book, but then, once I got the gist of the story, I’m unstoppable. The characters are so good. They were all witty and artistic in their own ways. Also, the humor of the main characters is overflowing in the entire book, so I keep on laughing. Next, the sequence of events are just right- a bit cliffhanger at times, but I guess, that’s what makes this book a page turner. And lastly, the writing style. I admit that her writing style is unusual for me but once you get used to, it will then be a smooth reading.

“Maybe some people are just meant to be in the same story.”

What I really like about this book is the twins- Jude and Noah. Their two sides of the story is like a coin- none of it would matter without the other. But the biggest problem is, no one likes to admit anything that’s why their lives turned out to be messier. I admire Nelson for coming up with this book. I like the way she made this whole scene about artsy stuff to superstitious beliefs of Grandma Sweetwine (which I find really really amusing) to an unexpected romance and surprisingly twists and turns of the story.

Noah, my favorite character in this book, has surely made my reading time worth while. I fancy the metaphor-meets-the-arts way whenever he narrates his parts. I like the way he thinks, his humor, and of course, his talent. What more can Brian could ask for? To boot, some characters that I find fascinating is Guillermo and Oscar. Well, I like Oscar a little bit because he stands in the doorway like a James Dean way. But Guillermo is the real deal, one of the underrated characters. Actually, he is my next favorite character after Noah.

“Sometimes you think you know things, know things very deeply, only to realize you don’t know a damn thing.”

The stories of each character collided with one another and created an exquisite story as this. Reading the book is like finishing an unresolved puzzle. Slowly, pieces were placed in the right spot and at the end, it was picture perfect. God, I don’t even know if this book review gave justice to this ethereal piece. 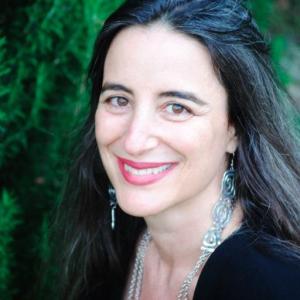 Jandy Nelson is the author of the 2015 Printz Award for Excellence in Young Adult Literature, 2015 Stonewall Honor Book, Winner of Bank Street’s 2015 Josette Frank Book Award, etc.- I’ll Give You the Sun. Also, she is the author of the YALSA Best Fiction for Young Adults- The Sky is Everywhere. Her all-time favorite novels are One Hundred Years of Solitude by Gabriel Garcia Marquez, To the Lighthouse by Virginia Woolf, Anna Karenina by Leo Tolstoy, and Their Eyes Were Watching God by Zora Neale Hurston. She has a BA from Cornell, an MFA in poetry from Brown and another MFA in writing for children and young adults from Vermont College of Fine Arts. She likes to teach as well. To know more about her, head on to her website.